Soy sauce is one of the most frequently used condiment in Chinese cuisine.  It is such a versatile seasoning that it can be added into cold or hot dishes.  Soy sauce also provides color and flavor; can be a dipping sauce by itself; and be mixed with other seasonings for marinades or cooking.  Actually, soy sauce is the essential ingredient for Chinese flavour and without it, Chinese wives probably wouldn’t know how to cook.

Soy sauce originated from China over 1000 years ago, but it became a staple ingredient in many other Asian countries which were highly influenced by the Chinese culture throughout history.  Such countries include Japan, Korea, Malaysia, Indonesia etc.

The sauce is made out of soybeans, wheat, salt and fermenting agents such as mold or yeast. People may think that the name of “soy sauce” comes from the soybean, but actually, “soy” is the Japanese pronunciation of the Chinese character “ 酱油”（Jiàngyóu）which is the original name of the soy sauce.  The sauce was first introduced to the western world through Dutch and Japanese trading in 17th century.  Afterward, western people name the bean which makes the sauce as the soybean.  So the bean was named after the sauce.

China is a big country made of regions with different environments, therefore, people apply different ways to ferment soy beans according to the local climate.  I was born in north east China, and when I was young there was only one type of soy sauce available locally.  As the northern area is cooler and drier all year round compared with the southern area, local people have to ferment the soy beans into solid state at a low temperature.  Once the soy beans are fully fermented, the soy sauce is the liquid extracted from the cold press of the fermented soy beans.

However, due to the warm temperature and humid environment, the southern people ferment the soy bean in liquid state with the soy bean containers open directly under the sun light.  Then, when the soy beans are fully fermented, the soy sauce is the liquid extracted from the container without any pressing.

The soy sauce produced in southern area especially in Guangdong and Hong Kong area is named as “生抽” or “老抽”.  “抽” is a verb which means “extract”.  “生抽” means fresh extraction which generally referred as “light colour soy sauce” .   The name of this soy sauce indicates the way it was brewed and produced.

“老抽” is the aged extracted soy sauce.  “老” in Chinese means old or aged. During the aging process, molasses, caramel and corn-starch are added in the extraction, hence it is darker, thicker and taste sweeter compared with the freshly extracted one.  That is why it is normally referred as “dark soy sauce”.

With the convenient transportation and economic reform, now people in China have more choices of soy sauces from different locations .  However, the soy sauces from Guang Dong and Hong Kong (“生抽” light colour soy sauce and “老抽” dark soy sauce) are really popular across the whole China now.  The rationale behind is rather interesting.  China’s economic reform was experimented from the Southern area especially in Guangdong province which is close to Hong Kong.  the inhabitants of Guang Dong speak the same local dialects as the ones from Hong Kong which is Cantonese .   Benefiting from the economic reform, Guang Dong people became wealthier compared with the Chinese in other areas.  When you are rich, you become more influential in many aspects, therefore, Cantonese fashion, songs and foods became popular across China.  This is one of the major reason that, even northern people abandoned their traditional soy sauce and started to eat Cantonese “生抽” and “老抽”, as it became fashion.

In summary, no matter wether it is norther or southern style, light colour or dark colour soy sauce, they are all the same in spirit.

The traditional way to brew the sauce takes at least 6 to 12 months for fermentation.  It consist of amassing the natural heat from the sunshine, and constantly stirring the paste made from bean and wheat mixture until they are fully fermented. The soy sauce is the liquid you get, by cold pressing or extraction, from the fermented past. The traditional way to brew the soy sauce takes longer but the product contains more natural and complex flavours.

However, now a day there is an artificial way to make soy sauce which is much faster.  It can be produced in a few days instead of many months.

The process consists of mixing some artificial flavours and colours together to make it look like soy sauce, then try and make the taste as close as possible to the natural one.  Sometimes the supplier add-up a bit of naturally fermented soy sauce in their product to make it taste a bit more “nature like”.  This is the reason why the artificial soy sauce is much cheaper than the naturally fermented one.  However, from a flavour and nutrition point of view, I do not recommend to use artificial soy sauce.

Today there are many different types of soy sauce flavours manufactured to cater to the many usages of customers. for example there are soy sauce that are good for sushi, some specific to steamed fish, others skewed toward dumplings. There are sweetened soy sauce, soy sauce with mushroom flavour and many other flavours. Nevertheless, all these flavoured soy sauces are based on the basic plain soy sauce, with additives.

If you want to know more about soy sauce, you can find a very complete article about how the soy sauce is made and whether it is good for your health.

The reason why dark soy sauce tastes less salty, is because of the sweet additives (molasses, caramel and corn-starch) balance off the salty taste.  In addition, dark soy sauce is normally used to give a dark brown colour to the food, and only a small amount can achieve this purpose. Therefore you do not need to add too much in the food so you do not get much salt either.  However, as light colour soy sauce is often used for dipping and stir fry which requires more generous amount, therefore you do consume more sodium probably.

If you are really concern about the sodium amount, there is also low sodium soy sauce available on the market.

7. How to use the different soy sauces?

After you have read the above, I think you probably already know what kind of soy sauce you want to buy, which is naturally fermented instead of artificial mixtures.

I have been using Lee Kum Kee (李锦记) brand soy sauces for my daily cooking for a long time.  Because it is available in almost all Chinese and western supermarkets.  The quality is consistent and the taste is great.  Lee Kum Kee is a brand originated from Guangdong province in China more than 130 years ago.  Now the factory is based in Hong Kong.  It is said that the founder of the company invented the oyster sauce (another widely used sauce by Chinese people) which was the first product made by the company. However, nowadays they have developed over 200 wide range of Chinese and Asian sauces, and their products are selling in the oriental stores of many countries or the oriental food section in the western supermarkets.

This dark color soy sauce is excellent for making the typical Chinese 红烧 (braise with dark brown sauce).  It never failed to deliver the beautiful color and intense flovor when I use it to cook the Chinese style braised pork, braised fish etc.

The product cost under $10 for 1 bottle

Lee Kum Kee soy sauces are naturally fermented and brewed.   It has a complex flavour which is good for cold dish, as dipping sauce for dumpling, meat bun and other dim sums.  It is also  good for stir fry, or for marinade etc.

The product cost about $12 for 1 bottle

Although Chinese invented soy sauce, Japanese carried the technics further and keep improving it like they do with many other technologies.  They respect and admire the craftsmanship, and as such, there are still many small brewers making soy sauce in the very traditional ways in Japan. That said, their products are not cheap.

Kikkoman is a traditional Japanese manufacturer which produces many good seasonings and sauces including the soy sauce.  The company still naturally brew the soy sauce but applied the advanced technologies to control the quality.

Soy sauce is criticized for its high sodium content which is not very good for the health.  This low sodium soy sauce is perfect for sushi and any other dishes.  It is a healthier alternative than the traditional soy sauces.

The product cost about $12 for 1 bottle

How Good is Chinese Vinegar and Chinkiang in Particular 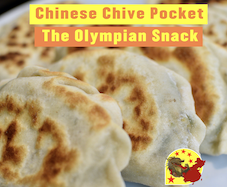 How To Cook The Best Olympian Style Chinese Chive Pocket  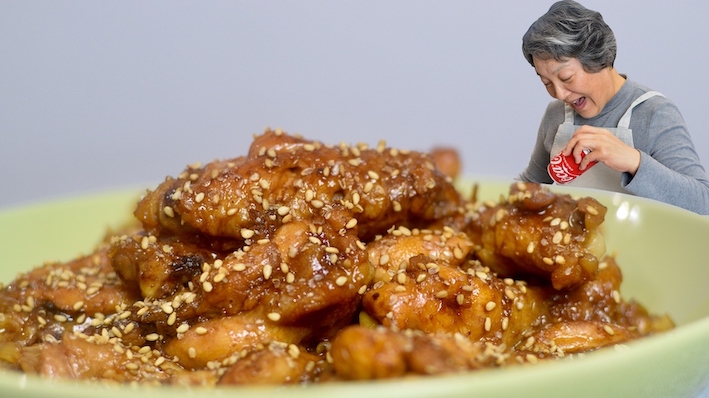 June 11, 2022 No Comments
Coca-Cola chicken wings are delicious, simple to cook, and less oily compared to other chicken wing recipes. It’s a winner everyone will love.
Read More 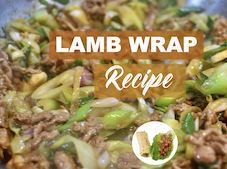 March 13, 2022 No Comments
For this lamb wrap recipe, I will teach you how to cook the lamb to perfection, make your own wrap (and not that commercial garbage), and be effective in making two wraps at once.
Read More 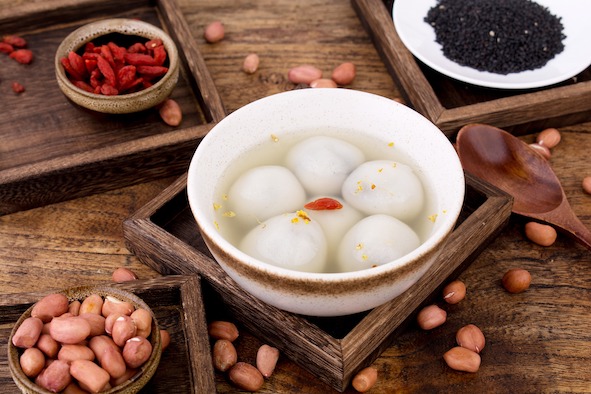 The Best Glutinous Rice Balls Recipe Ever Made | 汤圆

February 5, 2022 No Comments
These glutinous rice balls are not challenging to make, and you too can cook them at home, rather than buying chemically made ones.
Read More 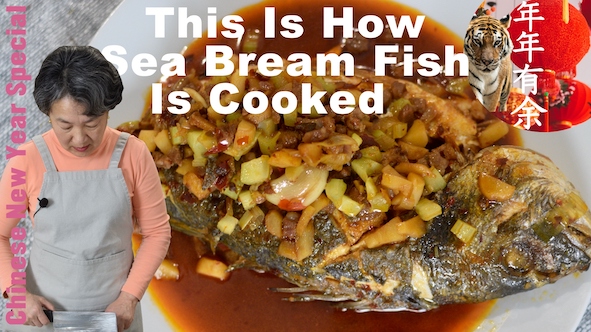 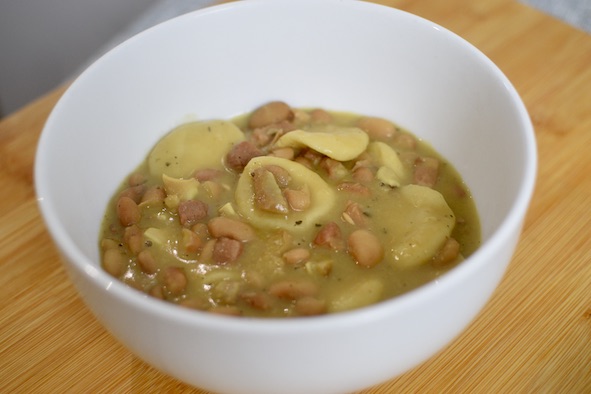 January 15, 2022 No Comments
Dombré is this amazing dish from the French Caribbean (Guadeloupe, Martinique). You cook dombré with beans and pork (mouth, tails, ears).
Read More